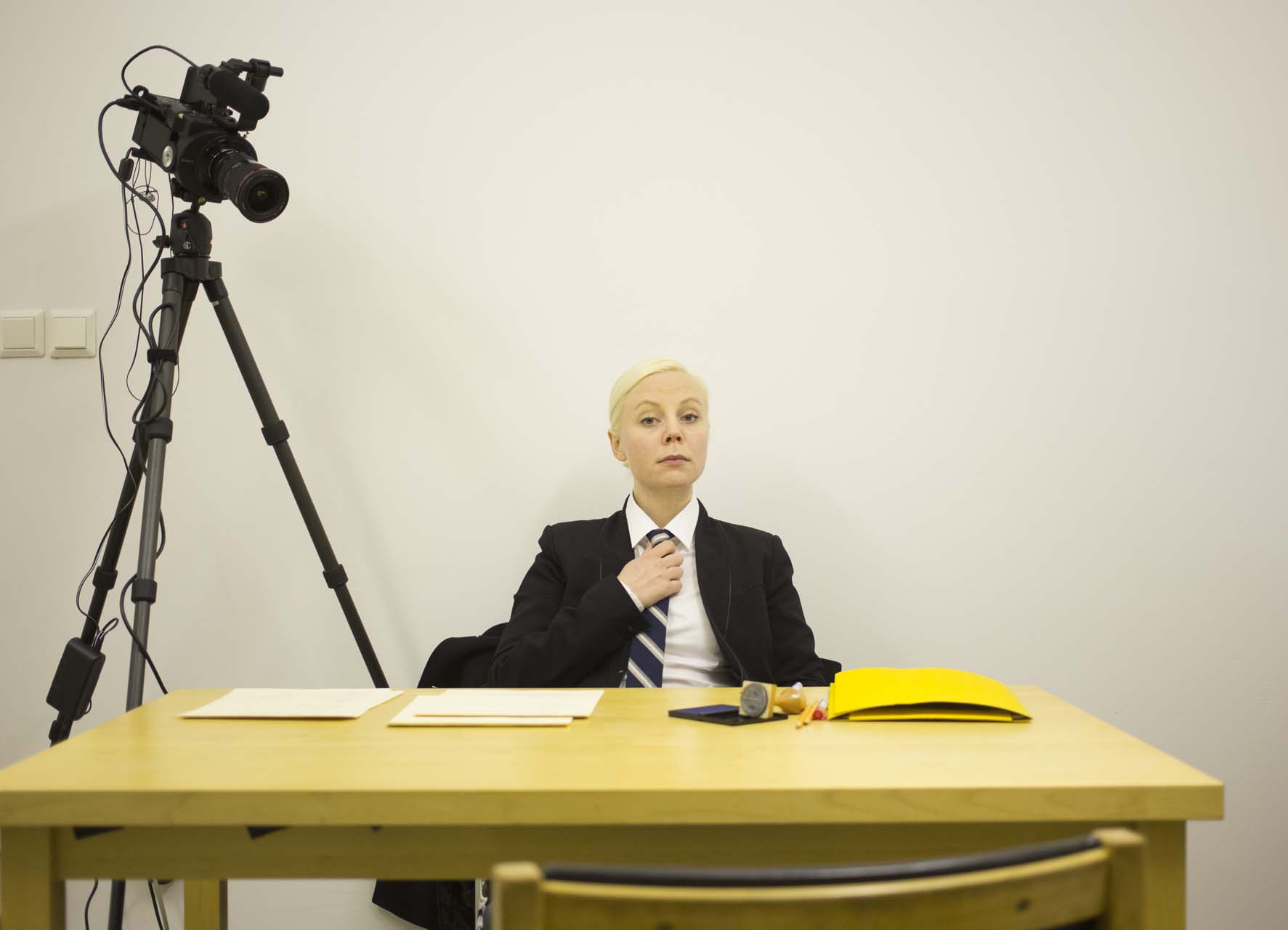 In December 2012 I opened The Departments, it began in Vermont during a time when I traveled to and from the United States as a foreigner and consequently experiencing numerous border control interviews. Passing the border so often I began to analyze the content and the method of the interviews in order to comprehend and to do better next time. I feel that I came to understand the absurd logic of the interview, the strict format and the method of indexing and classifying the interviewee’s answers.

When these mechanisms of bureaucracy appeared to me, I transformed myself into the bureaucrat, to better understand the psychological implementations of the role. The paintings General Government Issues (2012) became my framework with departments that the one could enter, like a country, but the contents of the Departments are not nations but rather states of mind. Your Application is Pending was the first performance, where I entered the role, playing out the applications interviews between the audience and myself– as the head of all departments. Within a year the performance was carried out in three cities, Stockholm, Brussels and Miami (2013). The result became 70 files of both granted and denied applications, gathered in the archival piece, The Analogue Database (2013- ) that is still growing as I continue performing Your Application is Pending.

Your Application is Pending has been preformed:

At The Departments of Anna Sörenson, at Candyland , Stockholm, Sweden, 2014.

At Cigarrvägen 13, Stockholm, 2013. Watch the documentation of the performance in Sweden on youtube. 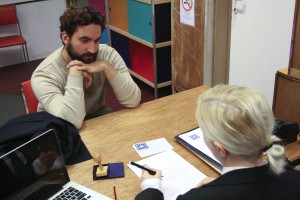 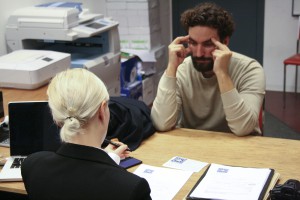 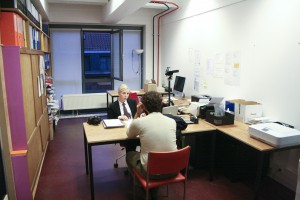 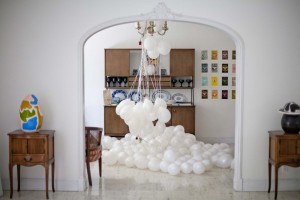 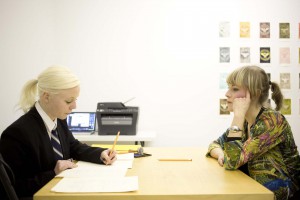 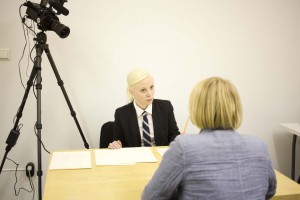 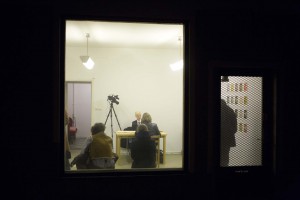 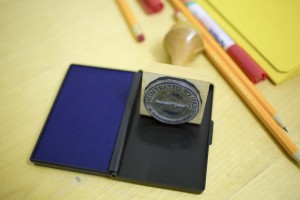